The Kokeshi are Japanese dolls in precious wood produced in the North of Japan, today there are many variations, produced by different artisans and each is a unique piece since all the Kokeshi are hand painted and therefore no one is ever alike. . 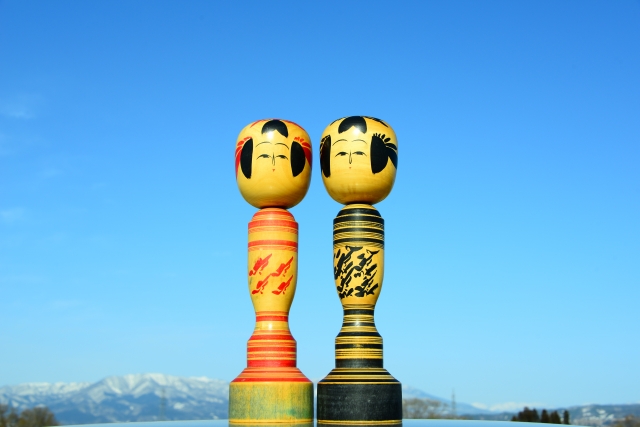 The history of kokeshi

The first kokeshi doll was born about 1200 years ago, in the Nara era (710-794), when Empress Shotoku asked a craftsman from Miyagi prefecture to create a million small wooden towers to address their own prayers, as is done according to the Buddhist cult, in order to request an end to the war.

Subsequently, during the Edo period (1603-1868) the Kijishi artisans still produced these wooden objects, transforming them into hand-painted dolls and with different woods, in order to sell them as souvenirs to tourists in the thermal areas of Japan, mainly farmers. In fact, the thermal baths were a very popular place for Japanese peasants, to recover their strength and relieve fatigue after long periods of work in the fields. In addition to being an auspicious symbol for themselves, Japanese peasants used to buy and give kokeshi dolls to their children once they returned home. 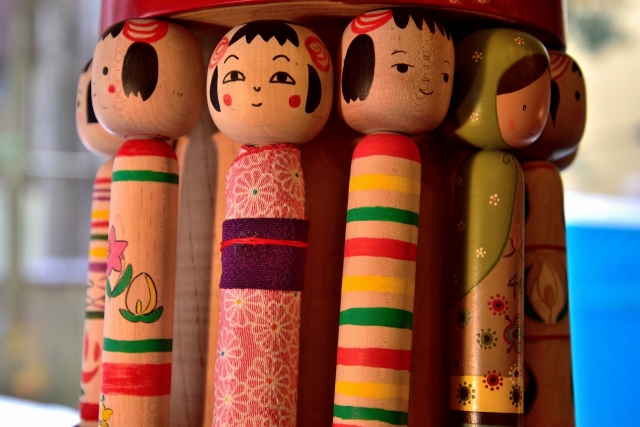 Today, after hundreds, even thousands of years, the tradition of kokeshi dolls is more alive than ever and some artisans have created many nice and colorful versions that have spread all over the world as one of the best known symbols of the Japanese tradition.

Kokeshi can be divided into two main types: 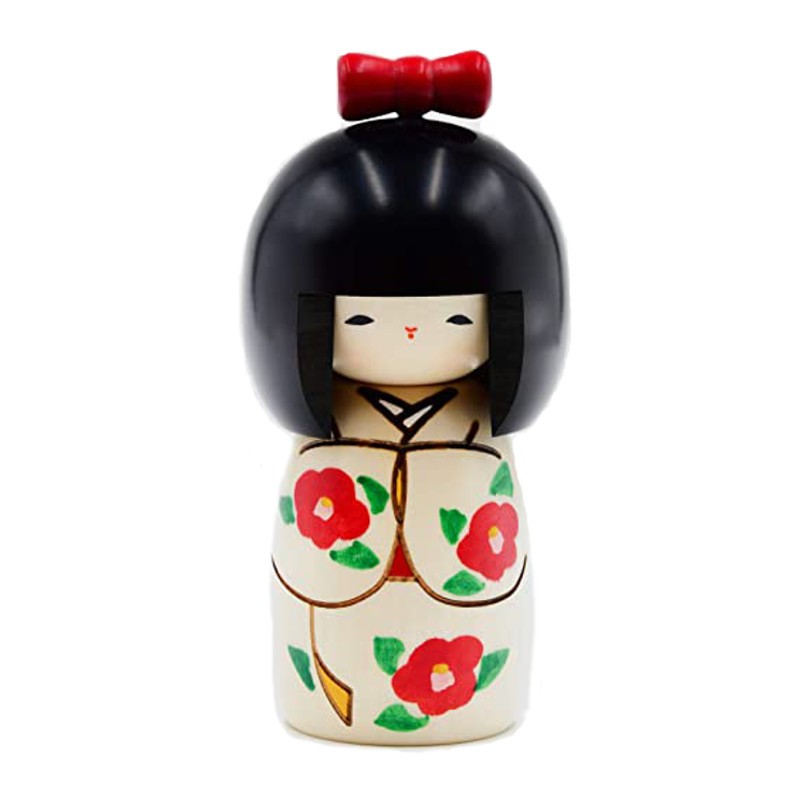 How a Kokeshi Doll is made

The artisans who produce kokeshi dolls mainly use Japanese wooden logs of a choice between mizuki, cherry, chestnut and zelkova wood .

After the leaves fall in autumn, the wood of the plants stops absorbing the humidity from the environment, dries up and the wood of these plants is cut and purchased by the various artisans in sufficient quantities to produce kokeshi for the whole following year.

Each type of wood undergoes different preparations and processes: mizuki wood and cherry wood are skinned and dried for a period ranging from six to twelve months, chestnut wood is processed fresh and the product is subsequently dried by means of a dryer. Zelkova, on the other hand, is naturally dried.

Then we move on to the painting phase , each kokeshi doll is hand painted by specialized artisans and for this reason even the dolls with the same meaning, with the same expression and with the same kimono, have small differences between them, making each product unique and most precious.

Some kokeshi shops even offer tourists the opportunity to paint their own kokeshi, on the basis of white wood, creating personalized kokeshi. If you happen to take a trip to Japan it is an experience not to be missed!

Our kokeshi dolls come from Gunma province.
These are the creative kokeshi of the artist Usaburo.

Usaburo kokeshi have a round head and a plump , rounded body. Their tapered shape represents the archaic oriental beauty, while the care and precision with which they are painted make them among the most loved kokeshi in the world.